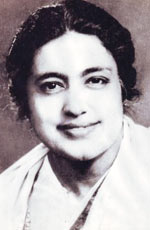 
Fathema Ismail’s firm dedication, perseverance and unhampered capacity to give unstintingly for a cause that she believed in, laid the foundation of the Society for the Education of the Challenged (Child & Adult) in the year 1958.

The school began with Kamalben Pande as the Principal, and Arunaben and Shardaben as the first teachers of the school. They taught for many years and laid the foundation of the school. In 1990, Kamalben was bestowed the National Award for the best teacher.

Rukshar Ahmedbhoy was the Second President of SEC from 1979 – 1981. She brought in a lot of financial contacts during this period. The financial contributions were crucial, as SEC was facing problems of inadequate funds.

Extra – curricular activities, such as attending camps, taking part in music, art and handicrafts activities, etc. were introduced to build the confidence of the children and to facilitate social interaction.

Initially, a dynamic Dutch lady, Brenda Kite was the Joint Honorary Secretary. She was an important contributor to the funds committee, which included committed and active members, who were unflagging in their efforts to collect funds. Together they organized tea parties, raffles, fun-fairs, musical evenings and charity shows in order to support the initiatives introduced by SEC. 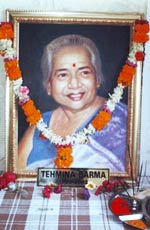 
Tehmina Barma and Banoo Cama were in the Girl Guides Association with Fathema Ismail’s daughter and had great regard for her.

Barma was a Commissioner of Bharat Scouts and Guides Association, who later became Chief Commissioner, and also got the highest award in Guiding.

Tehmina Barma and Banoo Cama shared a very close relationship and often discussed and brainstormed together about the school and its growth.

Tehmina Barma was the Honorary Secretary of SEC from 1960 to 1981 and President of SEC from 1981 to 1987. She was ably assisted by Armaity Seth in the office.

Barma was primarily responsible for consolidating and stabilizing SEC and was instrumental in its expansion. Her immense organizational experience from Guiding was brought to SEC and she steered the school in the right direction with proper discipline.

As SEC was a special school, there were many procedural systems and facilities that had to be streamlined for the proper functioning of the school.